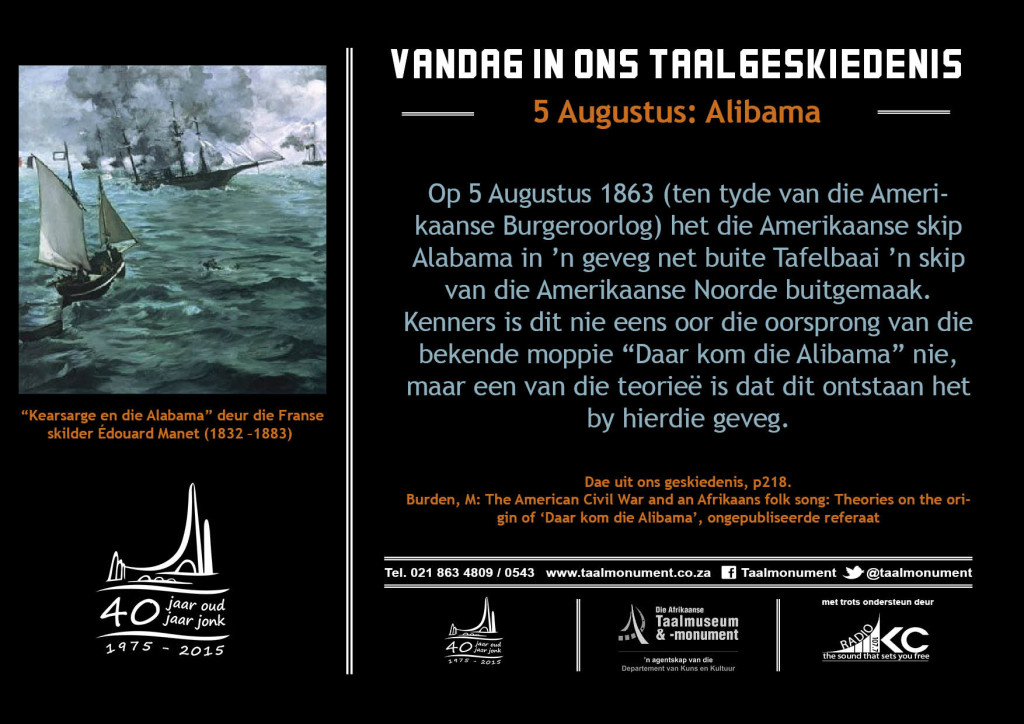 On 5 August 1863 (during the American Civil War) a Confederate ship, the Alabama, captured a Union ship just outside Table Bay during battle. Experts do not agree about the origin of the folk song “Daar kom die Alibama”, but there is a theory that the song has its origins in this battle.