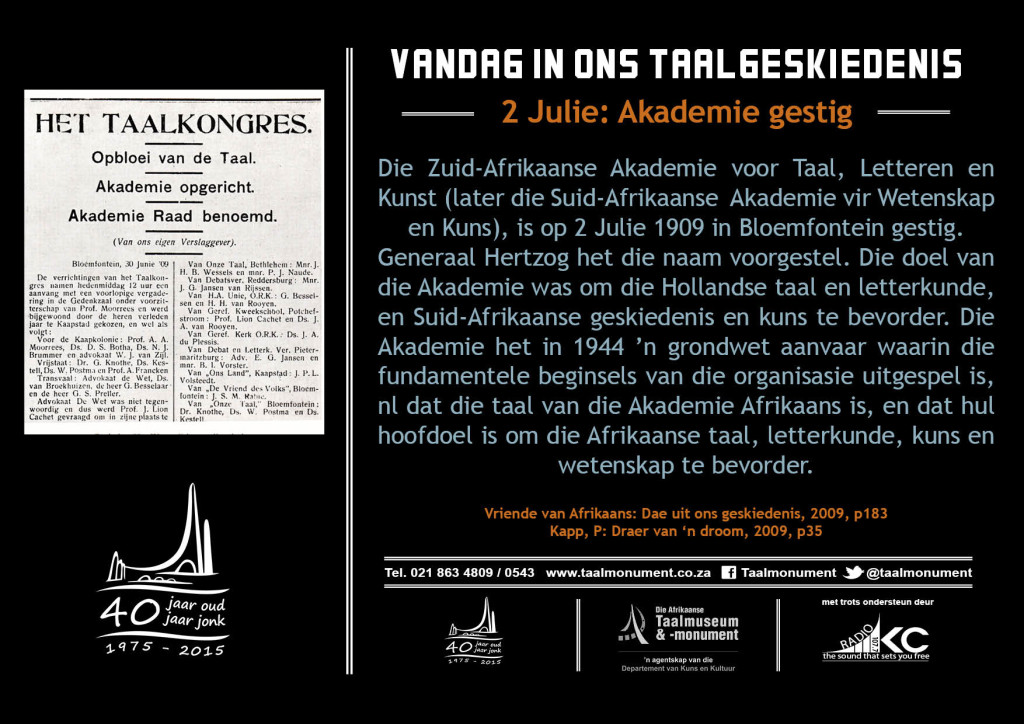 The Zuid-Afrikaanse Akademie voor Taal, Letteren en Kunst (later the Suid-Afrikaanse Akademie vir Wetenskap en Kuns [South African Academy for Science and Arts]), was founded in Bloemfontein on 2 July 1909. General Hertzog proposed the name. The purpose of the Academy was to promote the Dutch language and its literature, and South African history and art. In 1944 the Academy accepted a constitution which clearly stated the fundamental principles of the organisation, i.e. that the language in which it conducts its business is Afrikaans, and that their main objective is to promote the Afrikaans language and literature, as well as art and science.