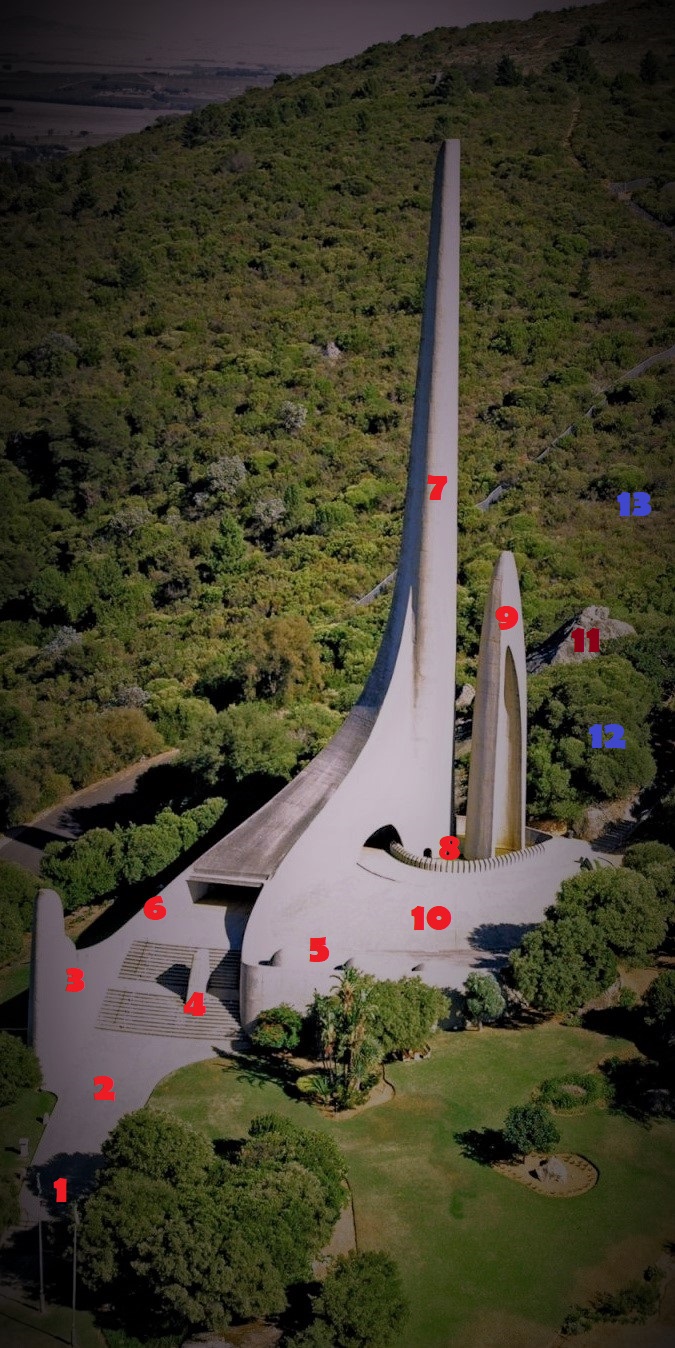 The monument, as an inclusive institution, strives to have everyone respect and appreciate Afrikaans. In this spirit, the institution is working hard to encourage and support Afrikaans, especially among the youth and non-mother tongue speakers. The institution continuously seeks to improve the relationship between Afrikaans and other indigenous languages, amongst others by recognising and displaying the mutual influences on each other. Our dream is to have this monument serve as a beacon of hope for the development and recognition of all African languages.

At a public meeting in 1942, residents of Paarl decided to build an Afrikaans language monument. In 1943, a committee was established to raise funds for the building of the monument.

In 1964 the dream moved closer to reality when 12 architects were invited to participate in a competition to design a monument. Their brief was that the proposed monument had to portray the cultural, academic and political growth of Afrikaans. Another important aspect was that the monument had to be visible from afar.

Architect Jan van Wijk’s proposal was finally chosen. His design is based on the writings of two prominent Afrikaans writers and inspired by the magnificent environment.

The history of the wording in the pavement, “Dit is ons erns” (roughly translated as “We are serious about this”), dates back to 1905 when politician JH Hofmeyr held a speech on language rights entitled “Is’t u Ernst?” (“Are you serious about this?”). The question was quickly converted by language activists into an affirmative answer, and when a theme for the 1975 Language Festival year was sought, “Dit is ons erns” was decided on. Van Wijk suggested that the words be placed in the paving to draw people’s attention to the meaning of the monument.

The monument’s inauguration on 10 October 1975 was attended by an impressive crowd with over 40 000 people arriving for the celebrations. The day included a speech by the then prime minister, BJ Vorster, a reading of Adam Small’s Afrikaans poem entitled ‘Nkosi sikelel’ iAfrika’ (‘God bless Africa’) and a choral festival representing a wide variety of Afrikaans speakers.

2 – Inspiration for the design

One of the architect’s most important design principles was to integrate the monument into the natural site, and to enhance it. Van Wijk said that he had walked up an old fire path to explore the proposed site, and also looked at the site from other viewpoints as the monument had to be visible from afar. He decided that the lines and other elements of the monument had to mimic the natural lines of the environment, and that the building materials had to complement the boulders on the mountain. This is why the monument was built with a mixture of Paarl granite, white sand and cement.

The next step was to find a suitable image that could depict Afrikaans. It was found in the words that the famous writer CJ Langenhoven used to describe Afrikaans as a written language, namely a “fast-rising arch”. Thus the idea of the main column was born; with on top an open end that represents growth.

To express this definition visually, the architect used the words of writer NP van Wyk Louw. The latter described Afrikaans as a “shining instrument” and “two-edged sword” that connects Western Europe and Africa as a bridge does.

3 – Symbolism of the 3 columns to the left

The columns on your left represent the influence of Western European languages and cultures on the development of Afrikaans, including Dutch, German, French and Portuguese. None of the columns depict a specific language. The columns are from high to low to illustrate Europe’s diminishing influence on Afrikaans. The highest of the three is approximately 13,5m high.

In 1652, the Dutch United East India Company, or the VOC, established a refreshment station at the Cape to provide fresh products to passing ships on their journeys to and from the East.

The VOC had a very strict language policy, with Dutch as the preferred language, and the officials mainly spoke High Dutch. The sailors and soldiers came from different European countries, including the Netherlands, Germany, France and the Scandinavian countries, but were obliged to speak Dutch. They therefore spoke a simplified form of it, known as 17th century Dutch.

4 – Symbolism of wall on stairway

The wall on the stairway of the monument represents the influence of Indonesian languages (mainly Malay) on the development of Afrikaans. Since Malay is from the East, the wall has been placed between the curves of Western Europe and Africa as a separate entity. Yet it forms a unity with the two forces of Western Europe and Africa that merge to form the bridge that symbolically depicts the root, the roots of Afrikaans.

Afrikaans in Arabic writing is one of the earliest forms of written Afrikaans and had been used in the Cape since the early 1800’s. Muslim slave children received religious education in their own spoken language, later known as Cape Afrikaans, but used the Arabic script for writing. Special symbols were therefore developed by Abu Bakr Effendi and other Muslim clergymen to represent certain Afrikaans sounds phonetically in the Arabic alphabet. Between 1870 and 1950, at least 78 books were printed in Arabic-written Afrikaans.

5 – Symbolism of 3 domes to the right

This stage and three domes on the right represent the influence of the Khoikhoi and other African languages, including isiXhosa, isiZulu and Sesotho, on the development of Afrikaans, and represent the southern tip of Africa. Unlike the columns of the European languages, these domes increase in size because Africa’s influence on Afrikaans increases. These structures are placed in such a way that they form a curve that joins the main line (that is, Afrikaans), and so completes the circle.

6 – Symbolism of bridge above staircase

Do you see how the curves come together to form a bridge? NP van Wyk Louw, the one author that inspired the architect, wrote that Afrikaans has one foot in Africa and the other in Europe, meaning that the language has its origins in both continents. He then describes Afrikaans as a bridge between the languages of Europe and Africa.

Where the two curves of Western Europe and Africa meet, a bridge is formed, reflecting the inspiring fusion of the two continents’ languages.

The highest column (about 57m high) symbolises the growth of Afrikaans and is open at the top. The other writer that inspired the architect, CJ Langenhoven, wrote that Afrikaans grows like a “fast-rising arch”.

The architect’s vision was that the main column should be open to indicate that the language is still growing. The rising edge of the main wall has a series of openings through which the alternating light and sunrays create magical light patterns on the inside. This light and the fountain’s water symbolise the vigorous growth of the language.

Next to the main column, in the pool, is another column (approximately 26m high) depicting the Republic of South Africa, the birthplace of Afrikaans.

The column is open to Africa to indicate that an interaction between Afrikaans, South Africa and Africa continually takes place as it has developed into a fully-fledged and independent indigenous language in Africa.

The building work on the monument lasted two years from 1972 to 1974 and cost R700 000. The monument had to blend in with the environment and was thus constructed with a special concrete mix consisting of cement, white sand and Paarl granite.

The Afrikaans Language Monument should be seen as a sculpture rather than an architectural work. There are elements of the Brutalist style in the structure, and the use of raw concrete is a worldwide feature of monuments dating back to the last half of the 20th century.

The architect of the monument, Jan van Wijk, died in 2005. Of all the projects that Jan took on in his life, his magnum opus, the Language Monument, was the closest to his heart. It is therefore appropriate that his ashes were cemented into a granite boulder here, in the same boulder next to which he and his wife lingered on a day in 1964 when they explored the mountain in preparation for his design.

During his career, Jan was involved in more than 870 projects. He received several awards, including the Honorary Prize for Architecture from the South African Academy for Science and Art.

The Green Gallery, an open-air gallery, was created to support Jan’s work, which depicts a sensitive attitude towards the natural South African landscape. The Afrikaans Language Monument is much more than a monument; it is not only an experience of culture, but also of nature and pleasure. Temporary exhibitions are presented here in display boxes made of recycled wood and glass.

Almost in the middle of the site on which the monument is located is a stony hillock that consists of groups of granite rocks. They are all small versions of the Paarl boulder and create the impression that nature repeats the same lines and curves over and over again on the mountain. 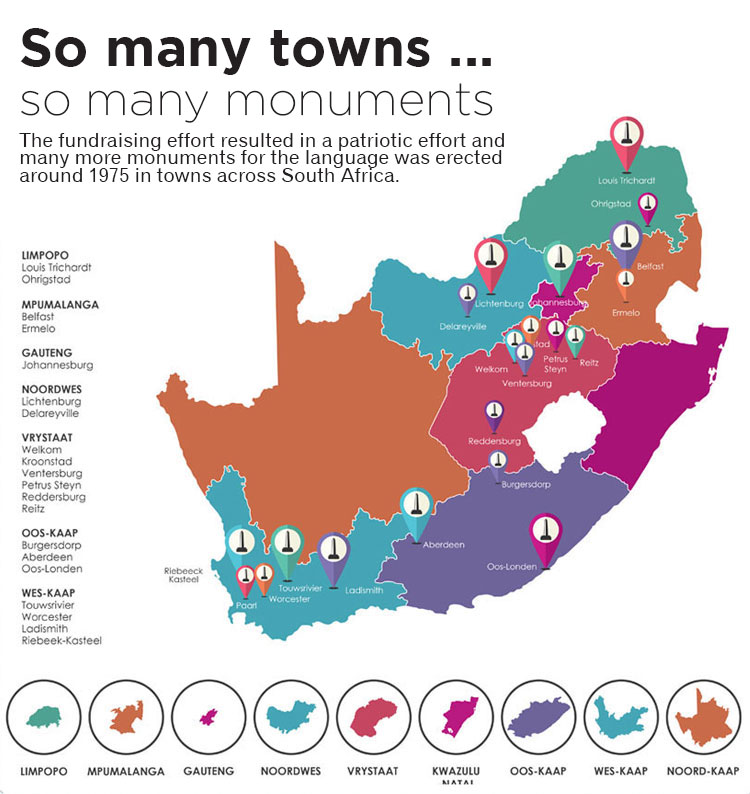 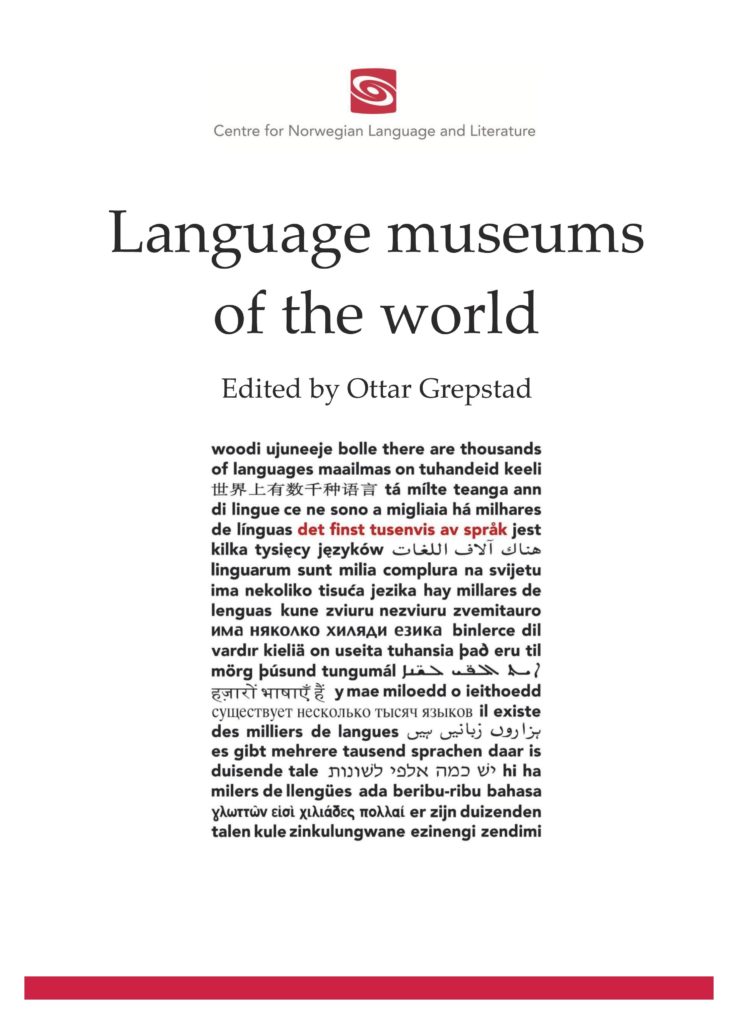